It wasn’t until Helen van Stolk’s corporate high flying career in Retail Property began to interfere with the balance in her life that she started to truly understand the power of art and the freedom creativity brings.

In 2008, she transitioned into a full-time artist.  In just over a decade, her career has launched into a whole new trajectory as she explores the magic of creating without boundaries – the art of playing, using more colour and working intuitively from within.

Helen works from Frere Street Studios in Cape Town.  Prior to this she worked at Eastside Studios.  She also shared a studio with Lesley Charnock from mid 2013-2016 and with Margie Johnson from 2010-2013.  She has workshopped with Mary Visser, Jenny Parsons, American artists Martin Campos, Melinda Cootsona and Jessica Serran and British artist Emily Ball.

She has had four successful solo exhibitions, has been featured in various magazine publications, was selected as a Veluka finalist at ArtB, has been awarded Fellowship of the South African Society of Artists and has won numerous awards.

In 2010, she joined the South African Society of Artists and took part in their annual exhibitions at Kirstenbosch, winning an award in 2010 and two in 2011.
2011 – achieved the highest overall score ever awarded on an Annual Exhibition.
2012 – invited to exhibit at the prestigious SASA Merit exhibition.
2013 – successful joint exhibition at the Cape Gallery.   Selected as runner up in the SA Artist Magazine 2013 cover page competition and featured in the magazine.
2014 – awarded fellowship of the South African Society of Artists and work was selected for Veluka at ArtB.   Featured in the Fair Lady magazine.
2015 – joint exhibition at Eclectica Modern, various large commissions.    Winner of Elinor Palmer Award.
2016 & 2017 – workshopped with American artists, Martin Campos and Melinda Cootsona.   Various joint exhibitions.
2017 – The Gold that Binds Us – First Solo Exhibition – Cape Gallery
2018 – workshopped with British artist, Emily Ball.   When the Birds Come – Second Solo Exhibition – Art in the Yard, Franschhoek.   Featured in the Woman & Home Magazine.
2019 – Featured in the Southern Vines Magazine and Art Times,   Bursting into Life – Third Solo Exhibition – AiTY Franschhoek

2020 – Hosted various workshops for artist, providing guidance towards an intuitive art practice.   Worked towards her Forth Solo Exhibition.

2021 – Forth Solo Exhibition at AiTY, Franschhoek.   Featured in the Art Times.

Her work has found homes all over the world.

She paints mainly in oils but uses other mediums in order to create additional depth within her work.   She steps into the scene and immerses herself in her subject matter in an intuitive expressive way.

Although she is mostly a studio painter, you will occasionally find her enjoying plein-air painting and sketching. 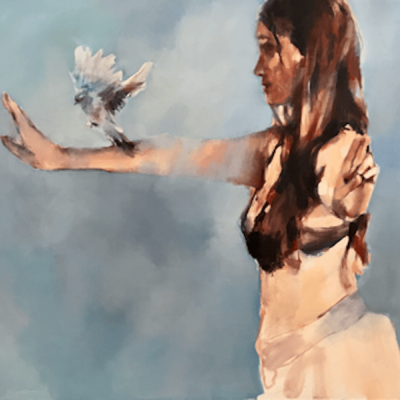 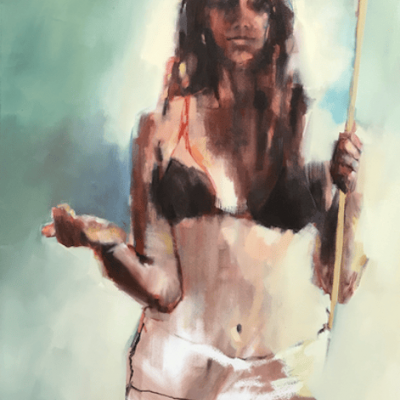 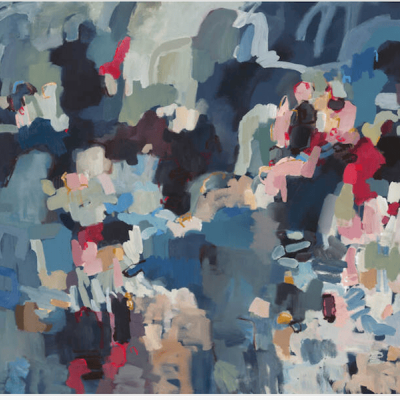 Eternity in an hour 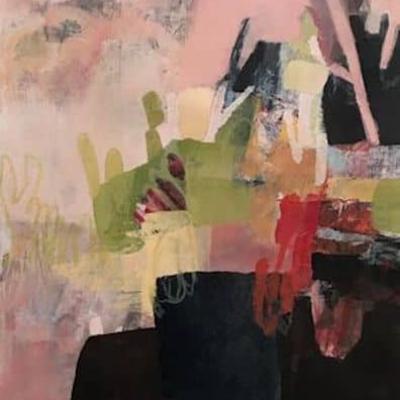 Just for this morning 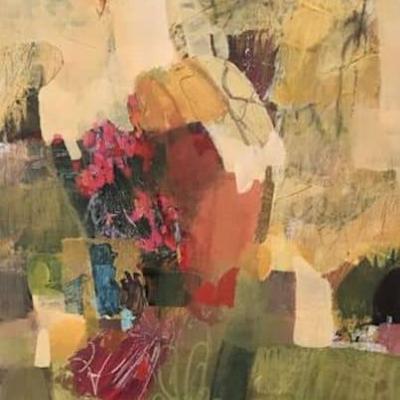 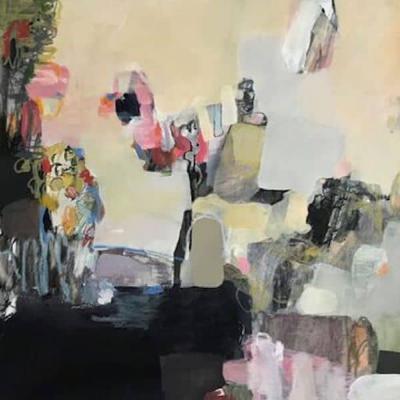 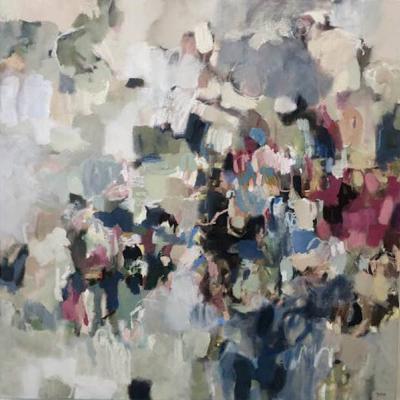 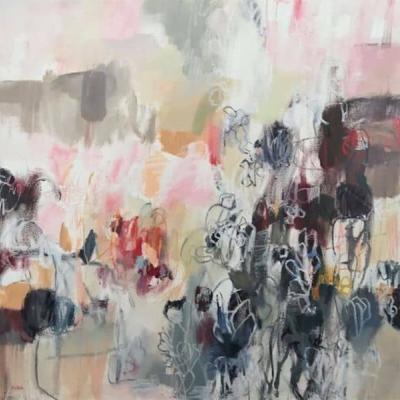 Gardens in the desert 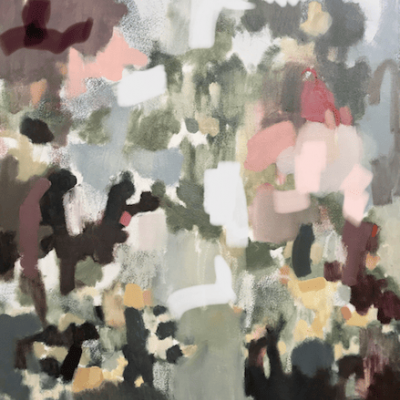 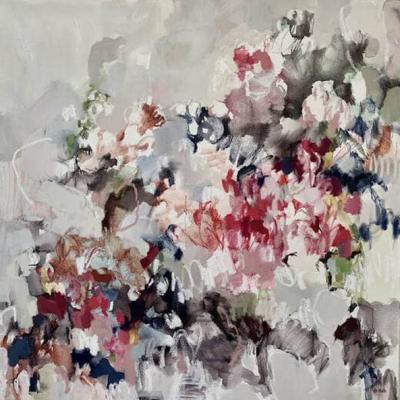 Takes my breath away 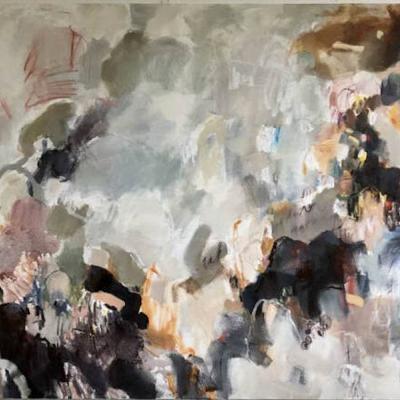 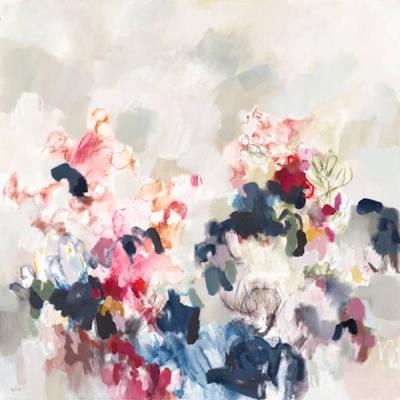 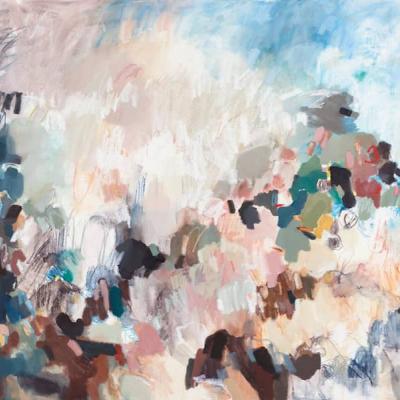 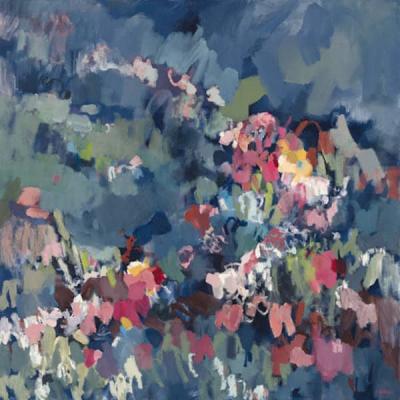